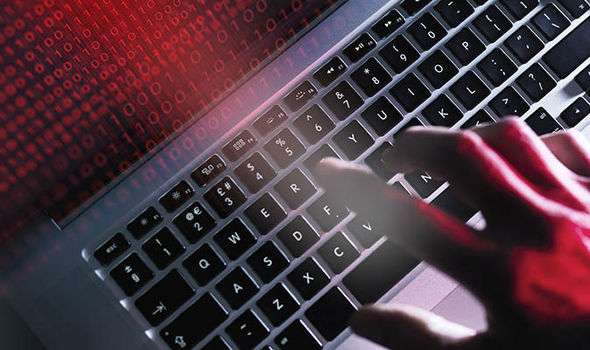 Car insurance is one of the priciest annual expenditures for motorists in the UK.

For this reason, drivers will be on the hunt for cheap offers and deals to help keep costs down.

However, motorists need to remain vigilant when trawling the internet for cut-rate premiums as there are a number of scams and fraudulent insurers offering cheap policies.

According to the research, young drivers are most at risk from these scams as they are the proportion of motorists that have the highest fees to pay.

Despite this, one in five motorists claims to have seen a fraudulent insurance premium online.

Worryingly, two-thirds of the drivers surveyed admitted they wouldn’t even check if the seller had a website before buying car insurance. Now, the IFB (Insurance Fraud Bureau) is warning motorists of ghost broking scammers who are using fake adverts pose as legitimate sellers on social media offering cheap policies. The IFB reports that ghost broking is on the rise with a ‘significant’ number of additional reports since 2015. These criminals will take the driver’s cash and disappear without a trace leaving the motorist out of pocket and uninsured.

Of those surveyed 95 per cent were completely unaware of what ghost broking was and had also never heard the term before.

In only a few hours, an IFB Intelligence Researcher also found more than 50 suspicious looking social media adverts worthy of further investigation and the IFB is now working with them to get these removed.

What’s more, one in three people didn’t know how serious the consequences of having fake or falsified car insurance could be. Punishments for such an offence range from a £300 fine and six penalty points to having your car being seized and potentially crushed. Also, drivers could face having a possible court appearance, as well as being liable for the associated costs if you were involved in an accident.

Discussing these concerning results, Ben Fletcher, Director of the IFB said: “Although legitimate insurers and brokers advertise on social media, it’s essential that people stay aware of the differences between what’s genuine and what’s fake.

“Enticing offers may seem like an easy way to save money on your car insurance, but the reality is that by cutting corners and not checking if the source is genuine, people are risking their hard earned cash".

IFB wants to make sure people aren’t caught out and carry out essential checks before taking out a policy. This includes:

• Checking the seller has a legitimate website, a UK phone number and address.

• If buying directly through an insurer, check they’re a member of Motor Insurers’ Bureau (MIB)

Rest assured we are registered and fully compliant with FCA regulation, in addition to BIBA and the MIB. If you need a quotation please do not hesitate to contact us.