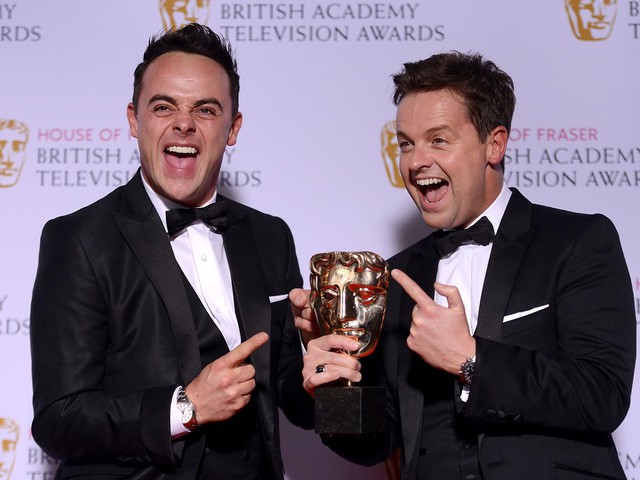 We’ve heard of celebrities insuring some weird and wonderful things over the years, such as Keith Richards insuring his hands and David Beckham insuring his legs, but what about insuring each other?

It has been revealed that Ant & Dec have whopping six-figure insurance policies against each other in the devastating event one of them dies.

Ant McPartlin and Declan Donnelly are probably the nation's best-loved double act - especially if the recent National Television Awards are anything to go by. So, it's no surprise the pair would want to take precautions in case anything was to go horribly wrong.

Dec revealed: "I insure him and he insures me".

As two of the highest paid stars on British television it’s no surprise then that they have taken out insurance on each other.

Ant joked: "I think I would be the first suspect if we were together and Dec suddenly fell off a cliff! I've got a big motive. “A six-figure motive!

The pair also joked that the policy needed to be renewed soon but they had to "check the premiums" first, before deciding whether it would be worth it.

TV duo Ant & Dec have been inseparable for their entire careers, dating back to their days as PJ and Duncan in the children’s show Byker Grove, through to their hosting gigs on Saturday Night Takeaway and I’m a Celebrity Get Me out of Here. However, Dec is hosting I'm a Celebrity Get Me Out Of Here this year without Ant, Holly Willoughby will replace him, due to Ant taking a break for a while whilst he recovers from rehab.